This is a story about Jingles. Love, Loss and Jingles.

Written and Performed by Warwick Allsopp and Tamlyn Henderson

Presented by Garnet Productions in association with Tamarama Rock Surfers

Allsopp and Henderson’s The Jinglists is the critically acclaimed show from the sublimely surreal duo that brought you A Porthole into the Minds of the Vanquished. Agoraphobic jingle-writing geniuses Leigh and Loman live and work together in a state of dysfunction, and have not left their apartment in 30 years. Though barely on nodding terms with reality, they find comfort and meaning in their work, crafting brain-searing melodies for products they know little about. Their lives are thrown into turmoil, however, when they glimpse the girl of their dreams through the mail-hole. Can love redeem these two lovable misfits, or will they pummel each other into the abyss of madness? Recipient of the 2008 Brian McCarthy Moosehead Award, The Jinglists was first performed in a 100 year old wooden theatre at the Melbourne Comedy Festival. It then set sail with TRS at the Old Fitz, graced the Adelaide Cabaret Festival, played the legendary Underbelly in the 2010 Edinburgh Fringe Festival, before featuring at the prestigious Soho Theatre in London’s West End.

THE HERALD “This is seriously weird stuff… what isn’t hair on the back of your neck unsettling is really, laugh-out-loud funny.”

THE AGE “Brilliant verbal humour…animated by a lightning intelligence”

“This strong, unique sense of style is the stuff cults are made of..”CHORTLE.CO.UK 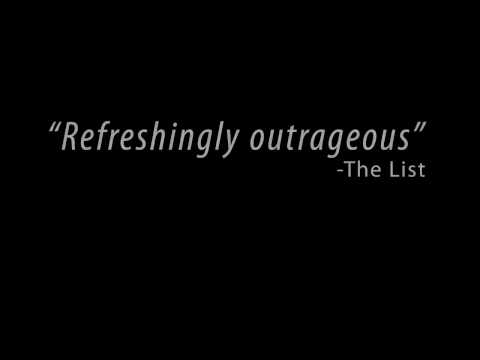